May 24, 2014
Posted by mverta Category: Uncategorized

Let’s leave “beautiful” out of it; beauty is subjective. Some scatologically-inclined sexual fetishists think a woman covered in shit is beautiful. And let’s leave “healthy” out of it, too; this seems to be an arbitrarily-defined term as well – worse still the concept of someone “looking healthy/unhealthy.” Every time she saw me, my Italian great-grandmother used to say I looked “too thin” and unhealthy, which, judging by the amount she tried feeding me, meant less than 300 pounds.

Instead, let’s consider the concept of “natural”; here we’re on more solid ground. Nature spent millions of years developing the human body; designed it to function certain ways under certain conditions. Like any good engineer, She built in tolerances: humans can vary somewhat in size, muscularity, etc., but the tolerances aren’t limitless: we can’t survive in sub-zero temperatures; we can’t go for weeks without water. Other creatures can. For 99.9% of time the species has been on the planet, the conditions under which it feeds, thrives, and multiplies have fit a certain profile, but in the last 100 years or so that profile has suddenly changed dramatically. Nature never planned on humans having endless amounts of food shoveled into their mouths 24-hours a day with virtually no effort; never planned on humans having to do zero hunting or gathering to survive; never planned on humans being able to be sedentary most of the time yet still multiply. And Nature certainly never planned on one of its creatures figuring out how to engineer artificial, nutrition-less substances as substitutes for food. Now, it’s true, Nature will adapt to these changes and others – like the exploding population problem, our chemical warfare against viruses, etc. – viciously and effectively in time. But Nature’s timescale is measured in thousands or millions of years; that we’re already seeing strains of superbugs immune to antibotics so quickly should give us pause about what Nature’s going to do when she’s got a little more time. But I digress.

It is a testament to the adaptability and resilience of the species that it can withstand the 50, 100, 200+ pounds of excess fat so many people are lumbering around these days. It’s a remarkable feat of engineering that our bones don’t just snap under the weight; that our joints don’t pop; that despite the severe restriction in flow, our hearts can still get blood throughout the system. The incredible burden this puts on the system is indisputable and fact, and utterly unnatural. But again, no shortage of people are interested in categorizing these facts under the “healthy” banner, where they can continually move the goal posts, and, most disturbingly, find doctors to collude with them – though I’ll remind you that doctors used to put leeches on people, and use tools like this: 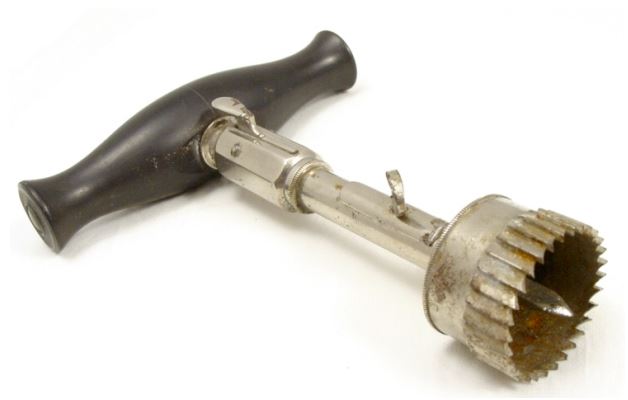 whose function is so horrifying I won’t even describe it to you, and isn’t seen in the modern, civilized era. Except in dentist’s offices.

The bottom line is that if humans were as fat as they are on average today, the species would not have survived. We wouldn’t have been fast enough to catch prey, have enough strength to gather foods, or resilient enough to weather the weather. We’ve all but thwarted the concept of survival-of-the-fittest; we’re obsessed with survival of our weakest. Nature doesn’t understand that, either; we’re the only example in the known Universe that persues it. But we pride ourselves on it; we pat ourselves on our back for having one-upped Nature with our empathy and NICUs at hospitals. We don’t say that we’re superior to Nature outright at parties, but we believe it, and steamroll ahead with our rationalizations and out-of-control population – including our obsession with “Climate Change,” the number-one solution for which would be population control – though nobody knows how to make money selling that concept so we don’t hear about it.

In the end, if we think fat is beautiful, fantastic! By the look of things, we should be able to walk around horny all day, I guess. If we think fat is healthy, there are plenty of people to agree with us, since the term means nothing. But fat ain’t natural. It’s not what we’re intended to be. We can’t be fat and operate at our optimum; we can’t be fat and have our bodies perform their best. And if we’re not trying to make the most of our bodies and our lives with every action every day, then we don’t truly value our lives; we don’t truly love and respect ourselves. That, too, is a truth known to the person in the mirror, no matter how much we insist we are happy anyway; no matter how many other enablers we might find to collude with our lack of self-respect.

We constantly hear messages of surrender; messages to accept ourselves at our lowest. Perhaps instead we should join the chorus sung by the rest of existence, which says to fight, to improve, to strengthen, to be the best we can be. We will stumble and fall along the way, but we will also know that we are making the most of the one short life we know we have to live, which brings us a confidence and happiness no-one else can give us and no-one can take away. There are a million social media campaigns out there telling us to embrace ourselves no matter what; no matter how poorly we treat ourselves. You know what doesn’t need a social media campaign? The feeling we get when we look in the mirror and see our strong, healthy, trim bodies and bright eyes staring back at us; when we see the amazing specimen Nature spent so many millions of years perfecting as it was meant to be; when we know that no matter how many challenges we face; how no matter how many Xtra-Big-Ass Fries; political correctness, and double-wide seats we encounter, we won’t be swayed from doing what we can do to be our best.

But what is fat, anyway? Who determines that? Go down to the Natural History museum and look at the Neanderthals display. Look at how we looked for the previous 99.9% of history; strong, lean, muscular, powerful. That is the human that survived; whose legacy we inherited. Or, choose to be the walking image of a species unfit to survive; of a specimen abhorrent to Nature, doomed to disappear. It’s happening already. I, for one, am not going out that way.