Tons of people use Slacker.com to play music, now (including me, every day), either right from their browser or as an app for their smartphone, but when Slacker was first starting up, they hired me to do renderings of their first standalone flash player. 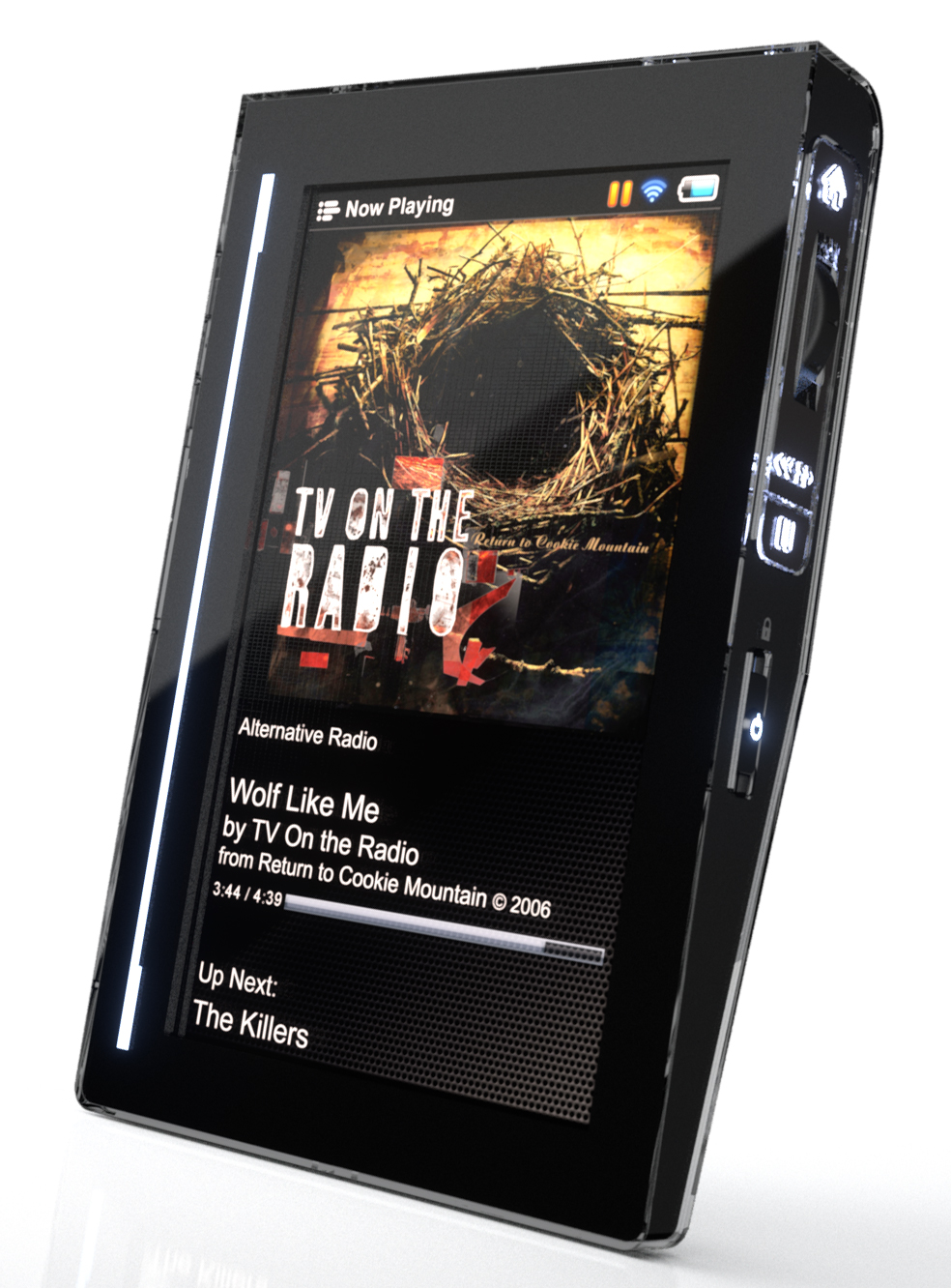 Once again I did the modeling in Rhino and the rendering in Maxwell Render.  The beauty of Maxwell is that the renderings were so realistic, it actually helped reveal some design flaws, like edge chamfering, which were able to be corrected before manufacturing.

As usual, a ton of material tests and renders ensued before the final…

Slacker’s done well for itself, and I’m proud to have played any small part in its earliest days!