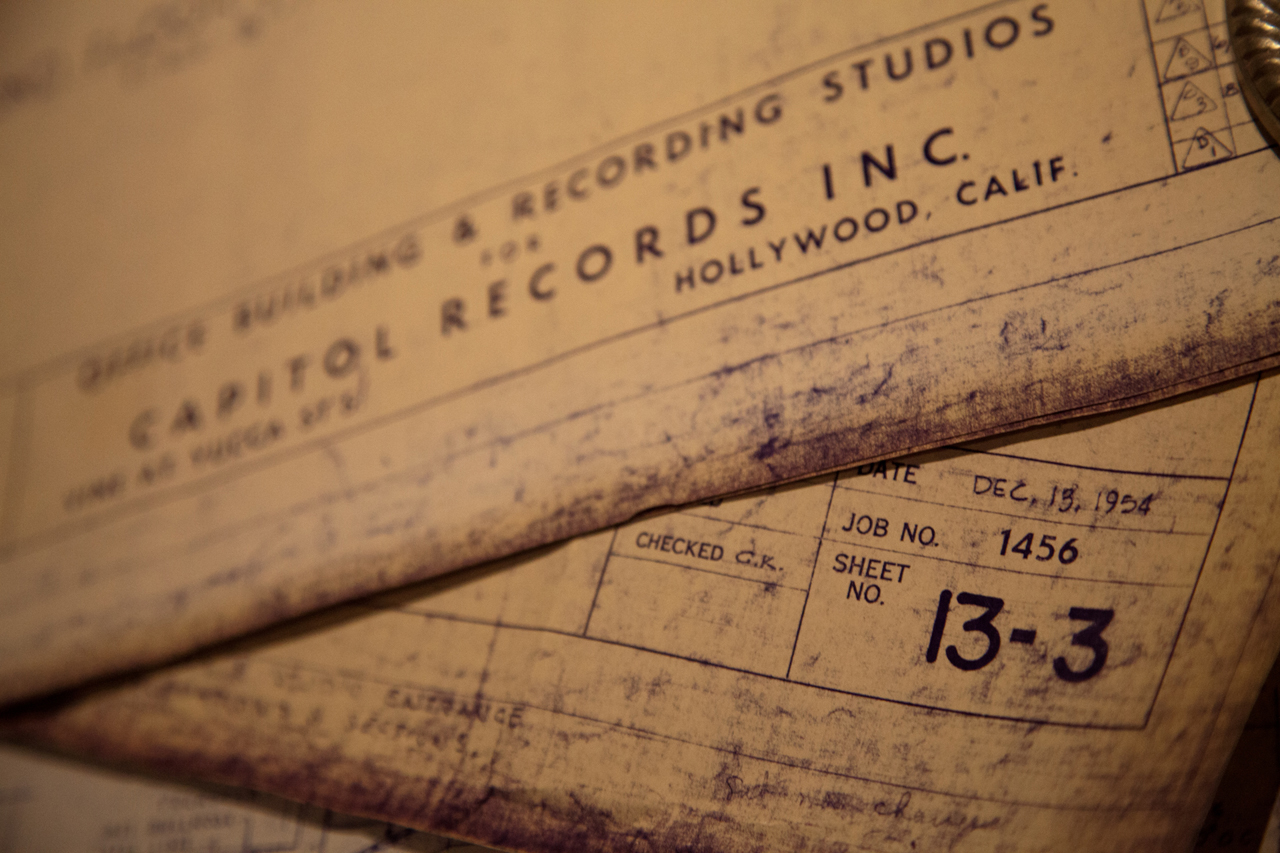 The first entirely-CG visual effects job I ever got was modeling and rendering the iconic Capitol Records building for an animation which would go at the top of all Capitol DVD releases.  It was the job that ultimately led to my relationship with Warner Bros. Pictures, which led to me opening my own post-production company, which would comprise the majority of my creative life for the next 8 years.  I didn’t know all that would come of it at the time, but I knew it was a big job; an important job.  I knew I really had to do it justice.  So to start, I asked for copies of the original 1954 blueprints, so I could assure the digital model was as accurate as could possibly be. I remember vividly the building engineer taking them out of their storage drawers and bundling them up for me; they were just dripping with history, yellowed and wonderful. 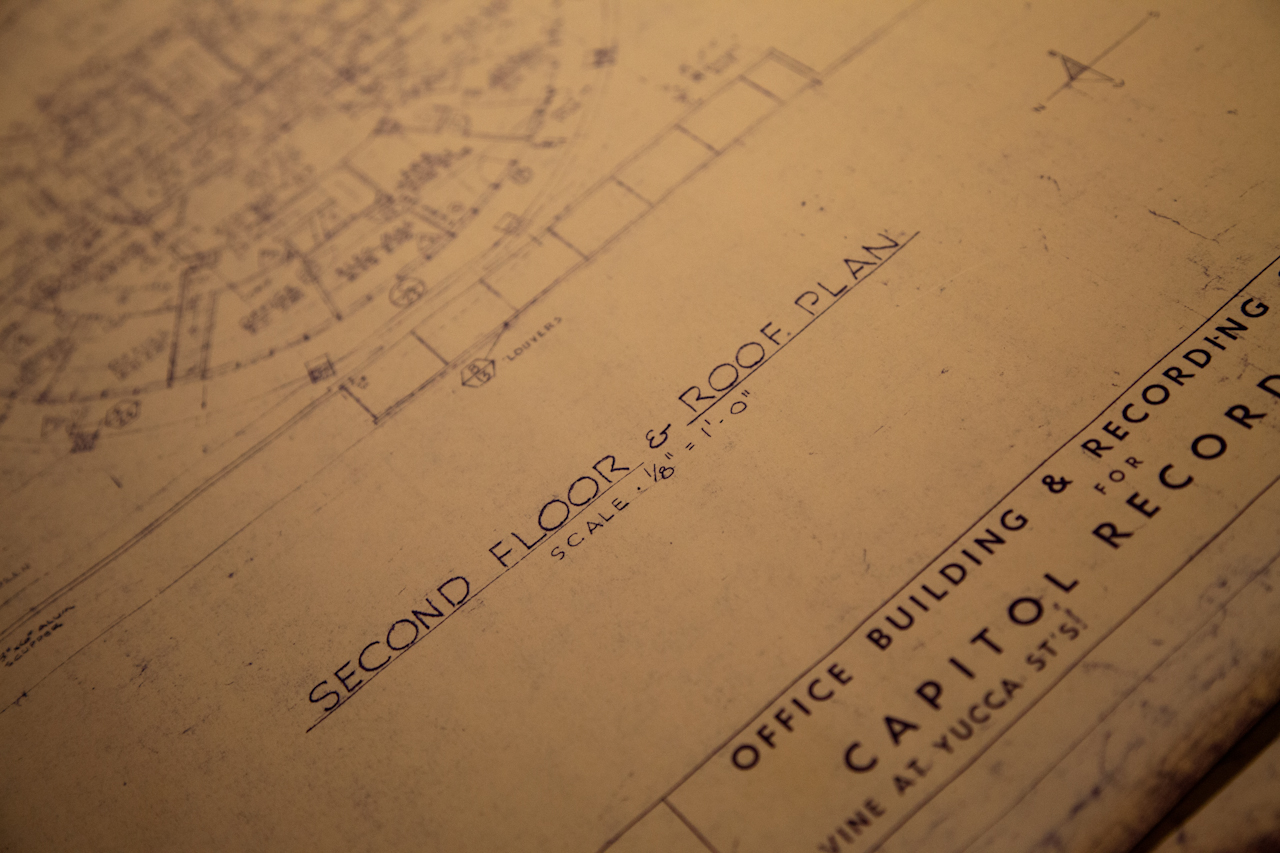 I spent hours just looking at them, absorbing every detail, before realizing I didn’t understand most of what I was looking at.  Some measurements are pretty straightforward on blueprints – others, not so much; and they reference all sorts of other prints with cross-sections, and details, and histories of changes.  I had a crash course in vintage blueprint analysis, but I was so amped up for the gig I didn’t mind.

Before the modeling actually began, I climbed all over the building double-checking measurements, taking reference photos, and capturing textures.  On the roof, with an amazing view of Hollywood and downtown Los Angeles, I counted the holes on the tall spire; I noted the spacing between the giant letters, and wondered about the font.  Ultimately, it would take weeks of painstaking work and many trips back to the building before I had my digital model complete, which I built in my software of choice at the time, Form-Z. 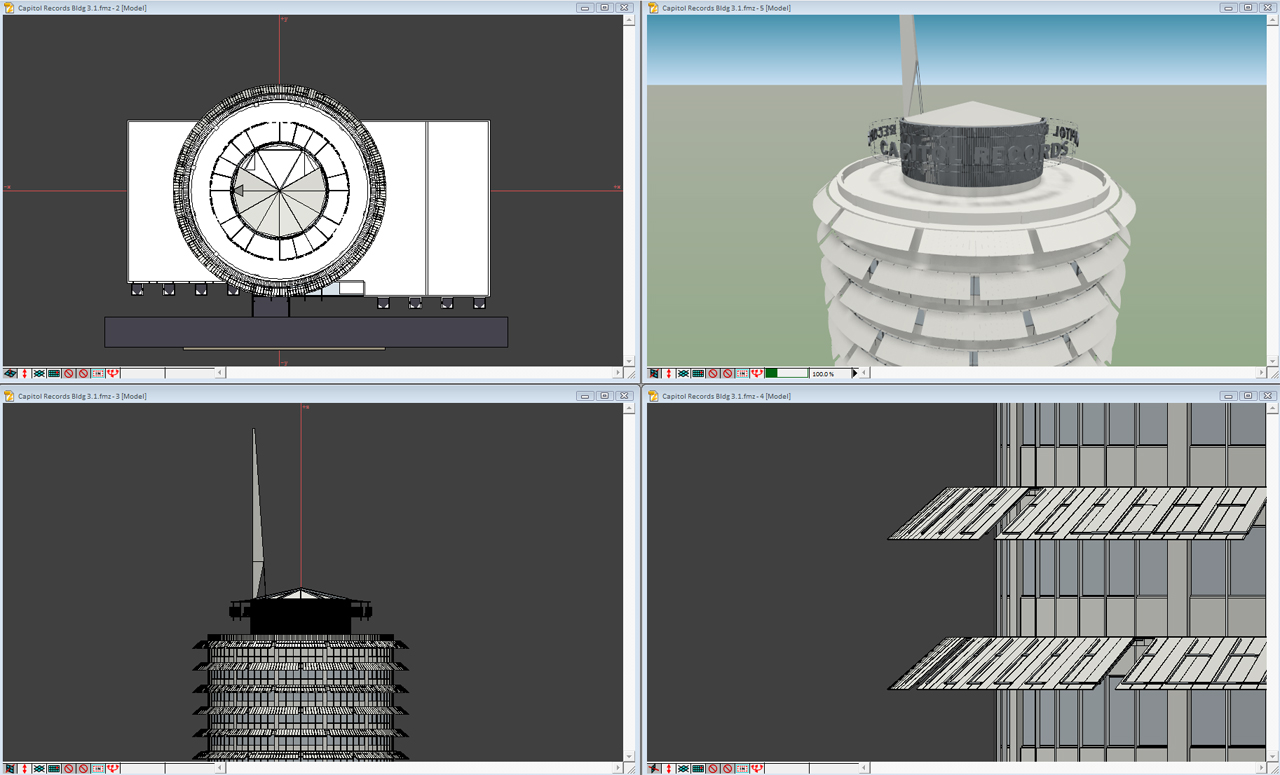 I did the texturing, animation, and rendering in ElectricImage, and then did sound design, wrote some music, and mixed the piece in Pro Tools.

Back then, making photoreal CG – or anything approaching it – was 1000x more difficult than it is today, but maybe more rewarding for the effort.  I can’t imagine how much more realistic this image would look today.  Maybe it’s time to dig out the model…