I loved the first Iron Man movie.  I saw it in the theaters 5 times (I don’t think I’ve done that since Raiders), and it was just sort of on my mind a lot.  So it wasn’t particularly surprising that one Saturday afternoon I felt like doing a mash-up between Iron Man and R2-D2 – which I’d already done in CG, of course.  What was surprising was that Gizmodo and Reddit posted it and the damn thing went viral – in geek circles, anyway. 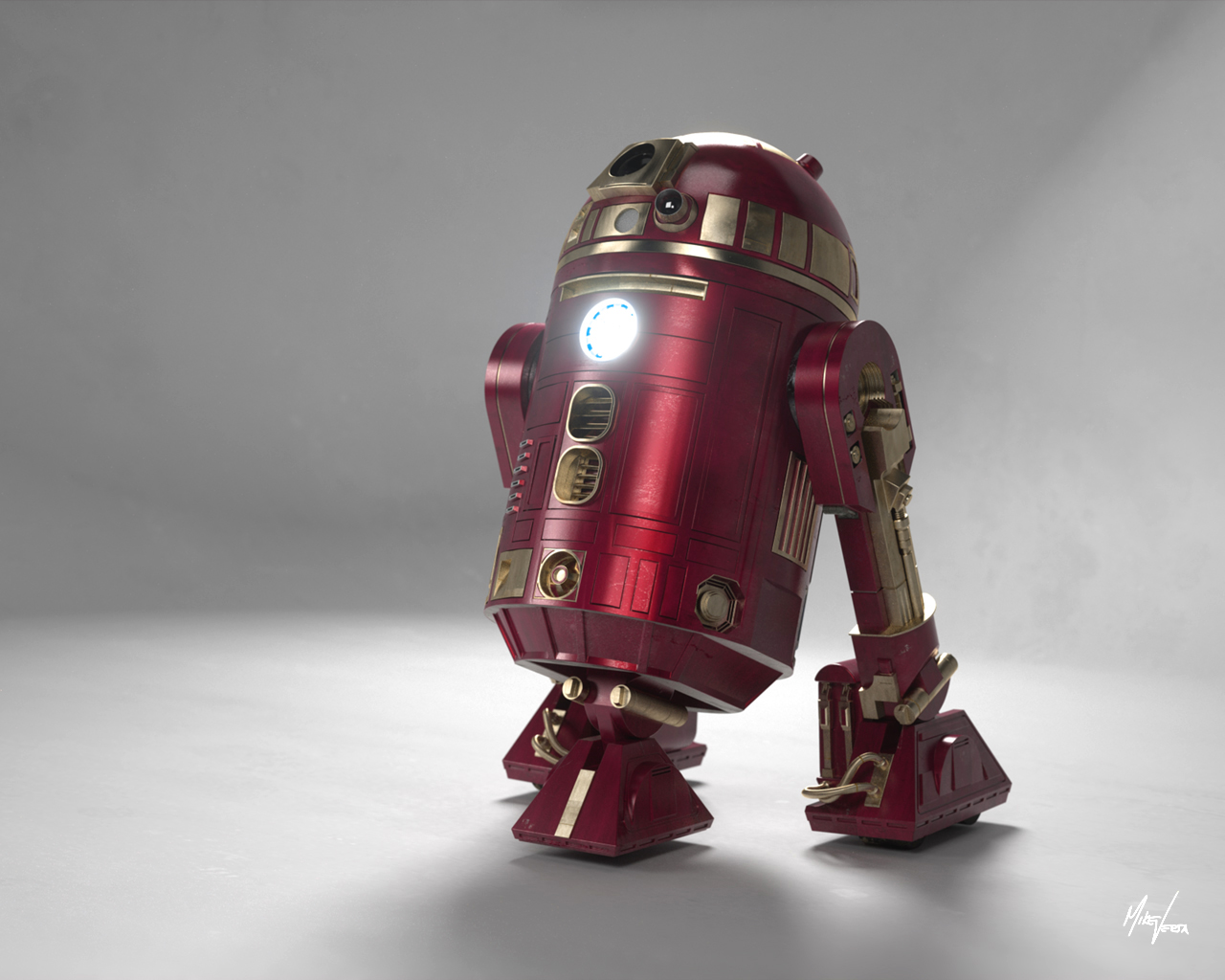 I’m still getting Google Alerts about it.  What was especially cool was that Iron Man‘s director, Jon Favreau liked it so much it’s been his Twitter avatar ever since.

Anyway, it gets better.  Eventually, one of the members of the R2-D2 Builders’ Club, Kevin Pommenville, decided to take my rendering, and actually build it for real. 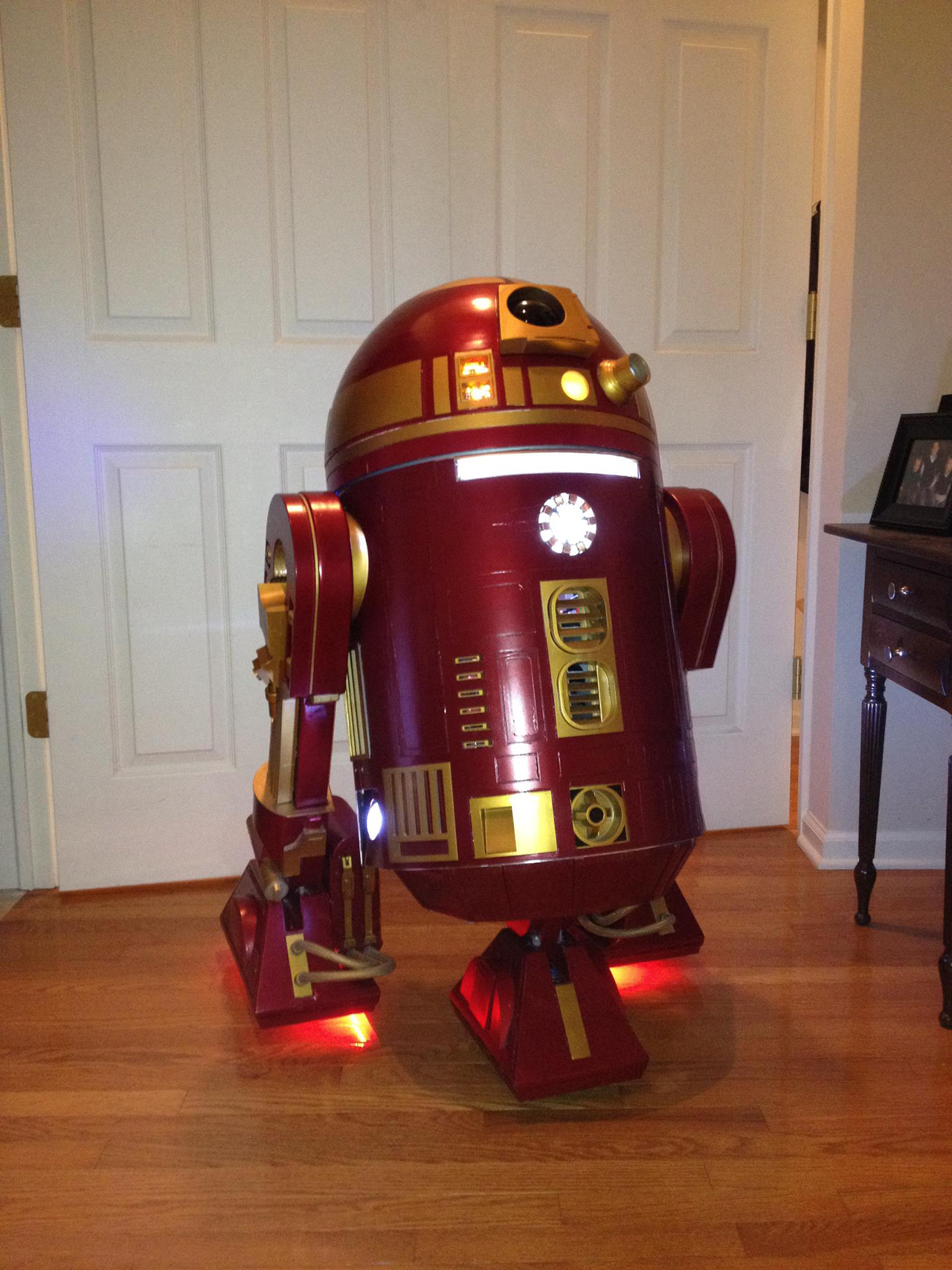 Do you know how hard these things are to build?  And this guy tosses off a build of an Iron Man mash-up version I did in an afternoon, and it’s even cooler than what I came up with.  That’s badass.  Surreal, and badass.

Anyway, I had done a few other Iron-Man-related things as well.  I wanted to make my desktop look like Tony Stark’s, so I decided to recreate the Stark Industries logo myself.  As usual, weeks of obsessive analysis ensued. 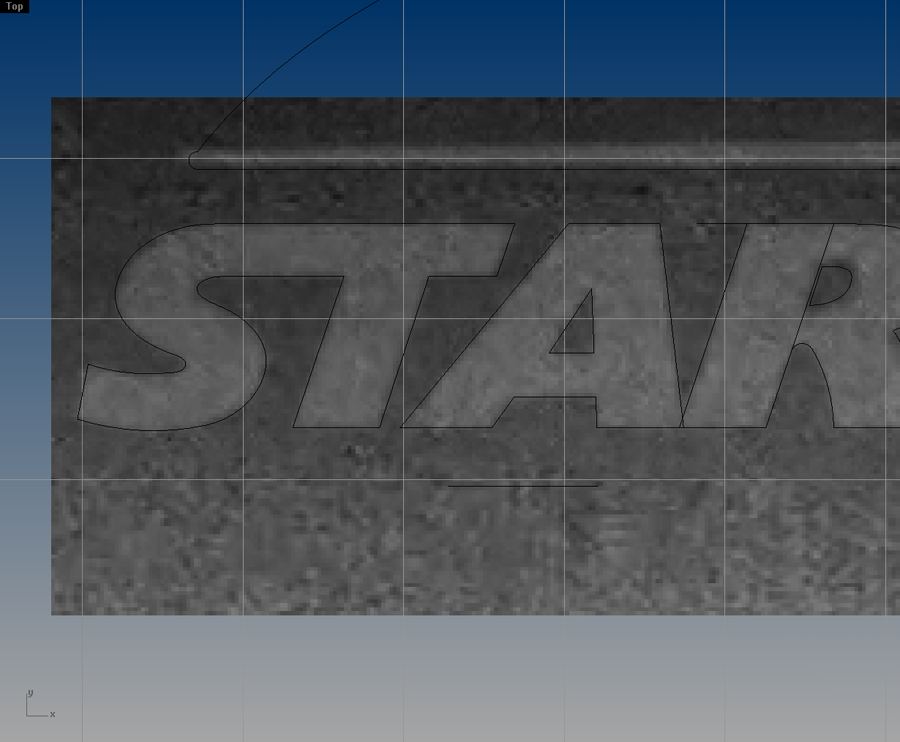 Along the way, since I was analyzing every reference frame I could so intently, I spotted a couple 1/24th of a second inside jokes about Iron Man‘s Jeff Bridges, who’d famously played the title character in The Big Lebowski. These images flashed by on his character’s computer screen during one sequence:

Ultimately, I did many revisions to ensure the letterforms were just right. 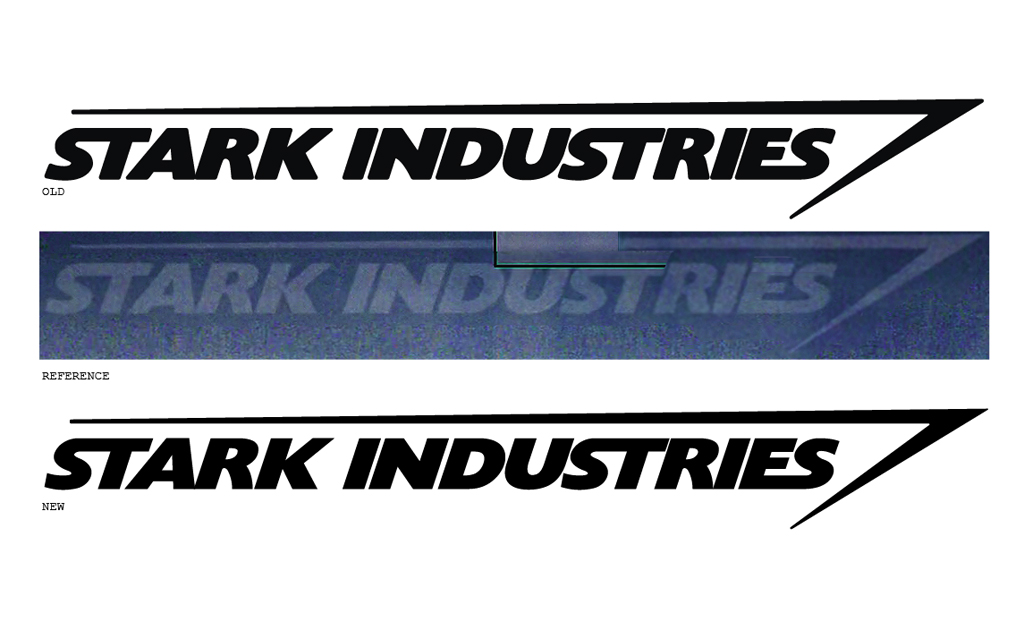 And finally, my desktop wallpaper was done.  Looks just like Obadiah Stane’s from the film.  Both Danica and I had this as our wallpaper for months. 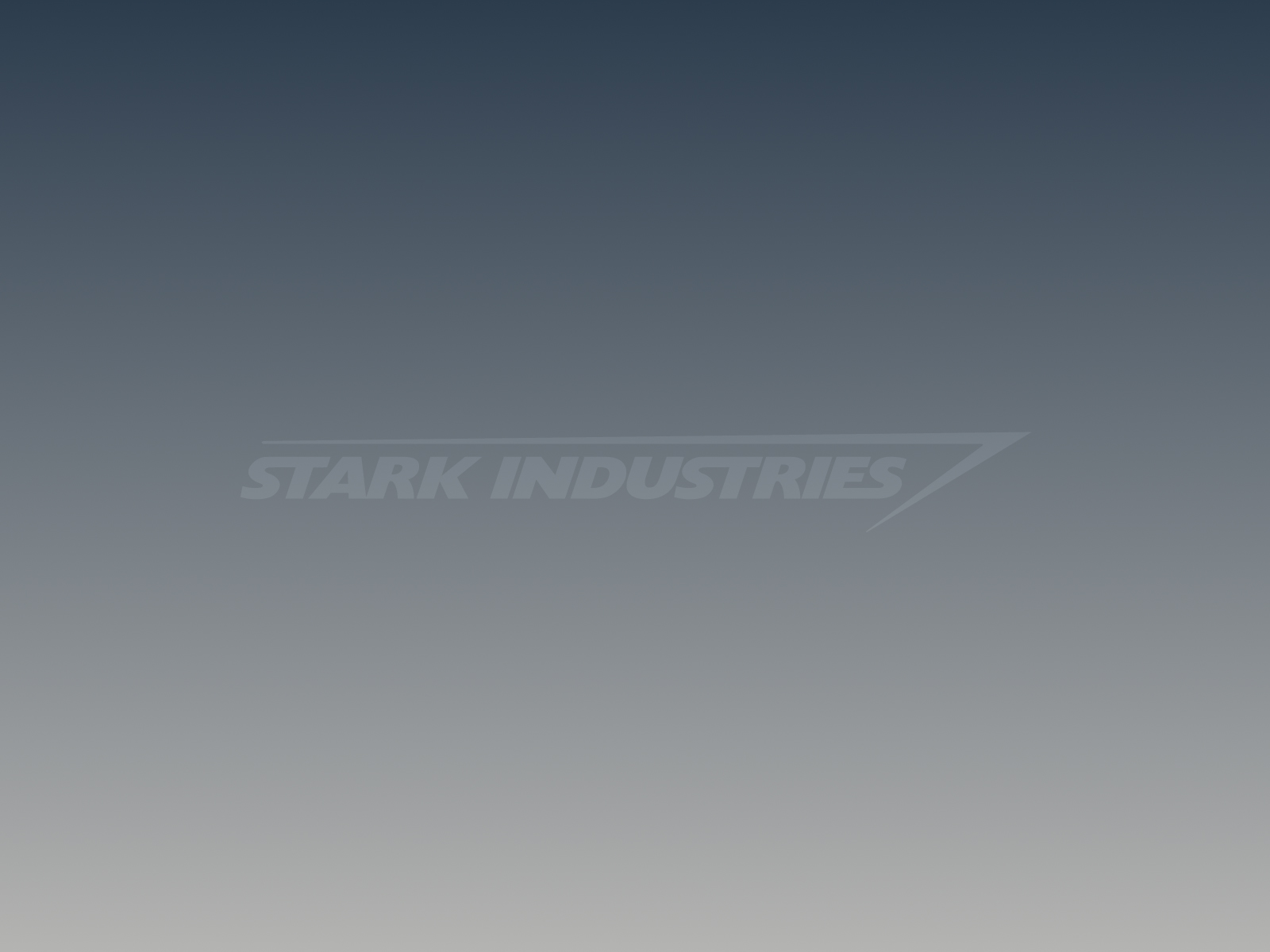 Eventually, someone asked to use my logo to make Stark Industries T-shirts. Of course, I agreed.